Call of Duty: Finest Hour is a first-person shooter video game developed by Spark Unlimited and published by Activision for GameCube, PlayStation 2 and Xbox. It is the first console installment of Call of Duty.

Although it is based on the original Call of Duty for Microsoft Windows, it has a different storyline and acts as a side-story/expansion of the main game. It features six intertwined stories and battles based on real events from the perspective of soldiers on each side of the allied campaign (U.S., British, and Soviet).

The game’s music was composed by Michael Giacchino, who previously worked on the original Call of Duty and the Medal of Honor franchise. AC/DC singer Brian Johnson provides the voice of Sergeant Starkey, one of the British commandos.

I began the campaign on July 30th, 2020 and began progressing through the Soviet missions.

The second play of the game came on September 3rd where the Soviet missions were completed, painfully, before progressing into the English missions:

I finally returned to Finest Hour on January 18th, 2021 and it was not my personal Finest Hour. This game really needed more checkpoints in certain places…

Follow me on Twitch (twitch.tv/thejezshow) to watch as I play video games live. 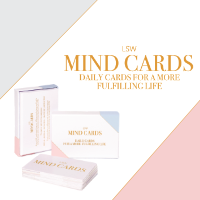 It's gonna be a 'kraken' night on #Twitch as I play Super Mario Bros FOR THE FIRST TIME EVER! Come join the fun at twitch.tv/thejezshow from 8:30pm GMT / 3:30pm ET!
Beautiful day to have lunch on top of a hill. Happy Friday, folks!
Friday: Jez declares winter is over, Spring has begun
FREEDOM! This is what a first post-isolation walk looks like on the last day of January. Deceptively cold with the wind but fantastic to wake the muscles up again.
Happy Sunday, folks!
There was a vote... work or watch Chernobyl and eat mince pies?
One of my Christmas gifts from the wonderful @preposterous_adventures, @bartirum! Tastes very smooth and goes very well with @pepsimaxuk. Would recommend.
Game #2 and snax!
%d bloggers like this: