“Paul Levesque sees NXT’s success as a reflection of his ability to change with the times and implement refreshing, new ways to develop talent.”

This opening gambit from the book’s twentieth chapter very succinctly sums up the need that existed for a new approach to Superstar recruitment, the NXT brand and the WWE Performance Centre. This latest offering from ECW Press is a glowing account of how one man turned around the WWE developmental system, presenting Triple H (Paul Levesque) as both visionary and saviour.

Do you remember when NXT was a weekly rookie/mentor show that had developmental wrestlers undertaking increasingly bizzare challenges to earn the kudos of their ‘pro’ and ensure they weren’t voted off the island? Despite bringing talent the likes of Wade Barrett, AJ Lee, Skip “Ryback” Sheffield and Daniel Bryan, WWE would rather we forgot about the early days of NXT. There was a massive benefit to this format though: it pissed Triple H off. It pissed Triple H off to the point that changing it became the sole, unwavering focus of his new role in WWE Corporate. NXT: The Future Is Now begins by detailing the journey Triple H took in securing a better, more prosperous future for the NXT name. It details how Vince McMahon was convinced to agree to take the floundering reality show programme off the air and replace it with a new NXT, that was recorded at the television studios of Full Sail University in Orlando, Florida.

The second chapter tells the story of how Orlando became the permanent home of WWE development, detailing how Triple H travelled around the world to find the template of what a full-purpose training facility should look like. There are some wonderful photos of the developmental wrestlers of the time, Neville, Baron Corbin, Paige, and Xavier Woods to name a few, helping to push forward and promote Hunter’s vision of the WWE Performance Center. Further chapters in the first half of the book, describe how the NXT television programme began to develop alongside the Performance Center, creating and recruiting new stars in preparation for the revolution that was to come.

As section one, If You Build It, They Will Come, unfolds, the book goes on to accept that NXT Arrival and the inception of the WWE Network were the major turning points that transformed NXT from aspirational development to bonafide WWE brand. Interviews with superstars who were influential in putting NXT on the map highlight that nobody knew how massive NXT was to become, but that their goal was always to make it stand above the established greats, Monday Night RAW and SmackDown. NXT Arrival was also integral in bringing international sensation Finn Balor to WWE, who stated that “NXT, not Japan, was cool, so I wanted to be in NXT.” It also highlights, though, how much of a punt the live NXT shows on the Network were, used as a way of testing the waters for WWE, to see whether live shows could work on their new streaming service.

The real charm of NXT: The Future Is Now is in the second section of the book, entitled Beards, Divas and Selfie Sticks. Each chapter in the section provides a detailed account of a single aspect of NXT, from Dusty Rhodes to Commentary, the Divas Revolution to Main Roster Call-ups, no words are spared in breaking down all of the things that make NXT the hottest brand in pro wrestling today. The influence of Dusty Rhodes on the superstars that came through NXT since its inception is already well documented, but chapter 17 of the book serves as a fitting tribute to The American Dream and collates the thoughts and memories of the WWE Superstars to whom he meant so much. Chapter 18, Data and Mirrors, focuses on his legacy, the ‘Mirror Room’ and how the WWE Performance Center is set up to not only prepare Superstars for in-ring action, but also to light a fire on the microphone, developing their promo skills. Other chapters provide intimate accounts of what being in NXT has meant to many WWE Superstars, told by the wrestlers themselves in detailed interviews. As a whole, this section serves to provide an accurate snapshot of what NXT has become, and how it will continue to grow into the future.

As with anything produced by WWE, there are flaws with the publication. Thankfully, though, in the case of The Future Is Now, these are few and far between. One of the major selling points of this book was the unique, full-colour imagery so it is disappointing that there are a number of repeated photographs throughout the book. It is also a bit strange how, at times, the photographs do not relate the content of the pages. This could have been rectified with a little more attention to detail on the publisher’s part.

Perhaps the most glaring and insulting error is the misidentification of former NXT talent. Page 151 features a half page photograph of the former NXT commentary team of Alex Riley, Rich Brennan and Corey Graves but with the unfortunate caption of “NXT Commentators (left to right): Alex Riley, Mauro Ranallo and Corey Graves.” While the WWE Universe would have killed to have Mauro Ranallo call the action in NXT, this never happened. Furthermore, there was great disappointment when Rich Brennan left the commentary table, replaced by the often homogenous Tom Phillips, and so not crediting him appropriately for this time in the company is extremely insulting.

Whether a casual fan or hardcore disciple of NXT, this publication is definitely worth a read. The photographs in this book are integral in the book’s ability to take you down memory lane and remind you of how far NXT has progressed in its short history. If you are a collector of WWE autographs, this book could be the perfect place to do so; further encapsulating the magic and excitement of the early days of NXT. This book now has a proud place amongst my other WWE memorabilia and should make up part of your collection too.

Have you read NXT: The Future Is Now? Did you enjoy it as much as me? Let me know your thoughts in the comment section below or on Twitter @thejezshow. 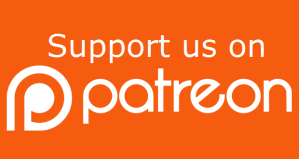 Your kind donations allow us to upgrade our equipment and keep providing you with top quality content. Pledge as little or as much as you like, every little helps!